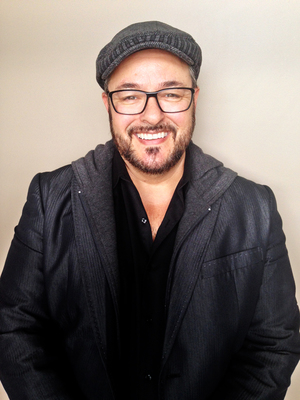 Schedule My Service Now Return to The Salon Page

“My father always told me, ‘Whatever you want in life, there is always a door open. If not, there is a little crack, so find a way to get through it.’ In the business world, this means to never give up on your venture.”

Terry Back grew up in Staunton, VA. One of four adopted children, Terry was inspired and driven by his parents. At the age of 12, his father became ill and could no longer work, so Terry decided to get a job as a farmhand to support his family.

Terry pursued his career as a hair stylist in 1982 in Staunton, VA. His dedication to his craft and passion for the industry quickly propelled him to success. Just a few years later, he opened his own salon, employing three stylists. With the growth of this first venture, he soon moved to a larger location, and in December 1987, the first “High Tech” salon was born.

As a leader and mentor in the beauty industry, Terry was driven to explore the world of education. In 1990, he began a journey as a platform artist, instructing hundreds of other stylists while working on the stages of Modifini and Matrix. He also studied under several national artists, such as the renowned Martin Parsons.

By 1991, Terry owned a four-story commercial property in Staunton’s Wharf Area Historic District, employed 24 industry professionals, and was married to the love of his life, Suzanne. Together, they soared the business to new heights, doubling the company in size and adding a full-service day spa in 2000. Having realized his own dream of becoming a successful salon owner, Terry decided to expand into High Tech Salon & Spa Studios to offer other talented professionals the opportunity to achieve the same and is a Mentor and Coach to help build their success.

In addition to his background in the beauty industry, Terry has achieved a great deal of success as a motivational speaker, real estate investor, entrepreneur, and most recently author. His book, The Driving Force Within: A Roadmap to Business, debuted September 2014.